Are you looking to buy a VR ready gaming PC that works for either an Oculus Rift or a HTC Vive headset, without breaking the bank?

How can you get a virtual reality gaming system that gives you the best value for your money? And one that has great performance?

As you look around for the best value PCs for VR, there are 5 things you need to know:

#1. You can hit the sweet spot for performance and price if you consider refurbished parts

VR is new and therefore pricey. The amount of RAM and type of CPU make a big difference in overall performance—it isn’t just about the GPU.

VR ready PC prices are dropping, but they are still high. Right now, the Oculus Rift or HTC Vive headsets alone will still set you back anywhere from $600 to $800.

With VR-ready gaming systems, however, it’s important to compare apples to apples. Rift and Vive ready PCs range anywhere from cost-cutting to extreme builds, so you need to make the distinction between affordable but quality builds versus a cheap VR PC with substandard components that could leave you feeling ripped off.

At the cost-cutting end, you can get a bundle right now for about $1,100 that includes an Oculus Rift headset, however, these bundles include AMD CPUs. There isn't anything wrong with AMD CPUs—it's just that Intel has been out-performing them for decades, and they're often combined with outdated chipsets and only a few RAM slots.

At the other end of the spectrum are high-end Oculus Rift PC bundles—VR ready PCs with an Oculus Rift VR headset included—but they’re really expensive with hardware most games and software systems don't fully support yet. You could be handing out well over $3,000 of your hard-earned cash.

To get optimal value, look out for an affordable VR ready PC with both new and pre-owned hardware which, with a warranty, can deliver great performance at a great price. You can get great value by using refurbished CPUs or RAM, and confidence comes from having a warranty for those parts.

#2. Make sure you can customize and upgrade with ease

For smooth VR gaming, the amount of RAM and type of inputs play important roles, but having both the right CPUs and GPUs are also key to delivering a great virtual reality experience. You'll definitely want to avoid the screen tearing or low frame rates that could leave you feeling nauseous.

It is important that the RAM, GPU(s), CPU, and power supply can easily be customized and upgraded for better VR performance.

You are going to want a case that leaves room for those inevitable upgrades you’ll want down the line as VR games develop. Also consider leaving room for external drive bays so you can enjoy your music and movie collections.

The minimum processor specs for your VR ready system is an Intel Core i5- 4590 or equivalent. Compared to the Core i7s, the Intel Xeon E5-2600 series is insanely affordable right now. And they’re some of the best CPUs for VR on the market right now. 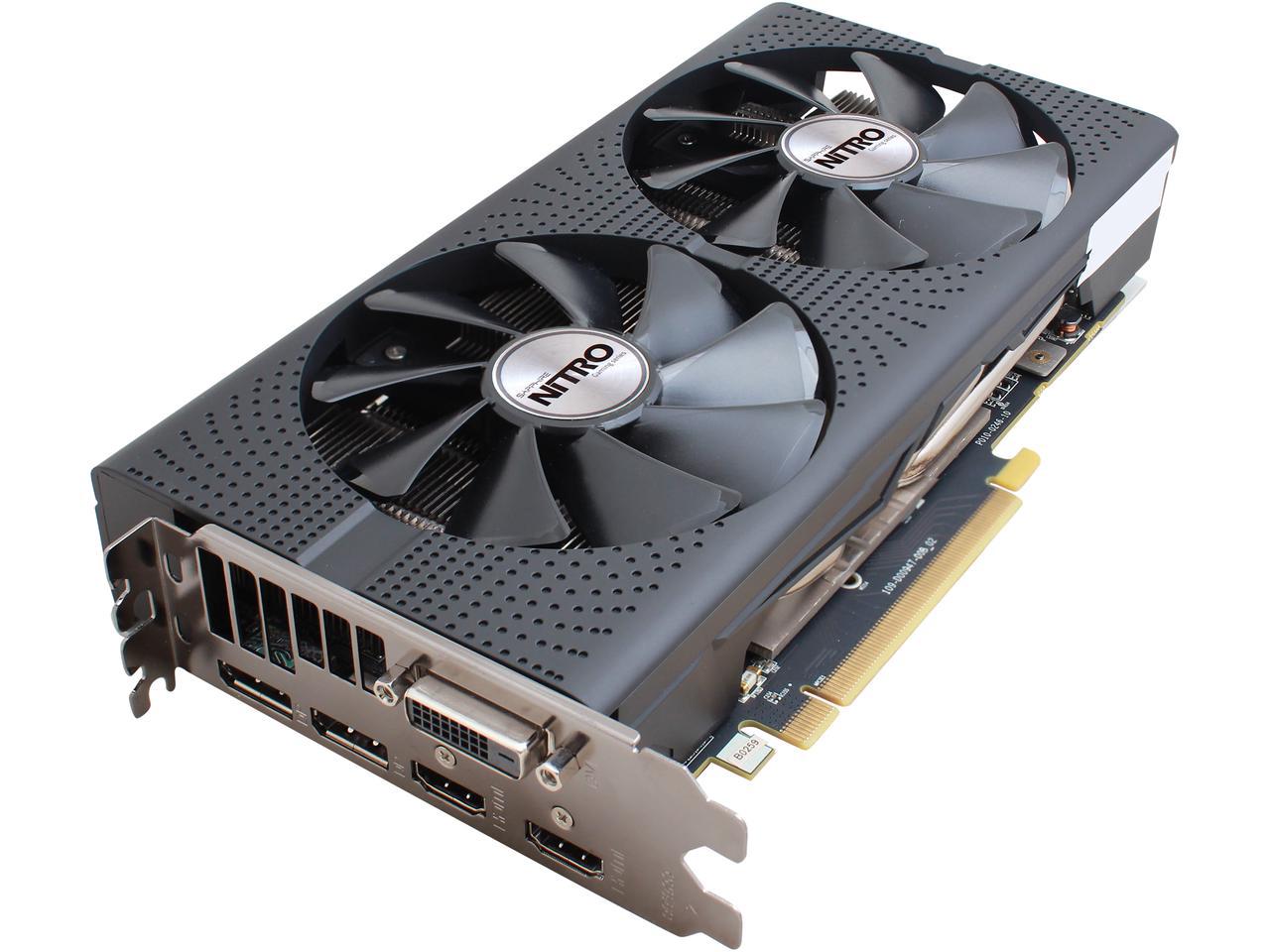 With 40 PCIe lanes you have enough for two GPUs and plenty of expansion cards for sound, more USB3 ports, or almost anything you can get your hands on.

Virtual reality needs to render the action twice—once for each eye. With high-resolution displays this close to your face, any lag or choppiness in movement is going to be magnified. Worse still, if the action doesn't react instantly to your movements you could end up feeling nauseous or dead (in the game)!

The Nitro+ RX 480s deliver serious gaming performance at an affordable price. They are factory overclocked to 1306MHz on the core and 7.5Gbps on the memory, with 4GB GDDR5 256 bits of memory. They also have seriously quiet and efficient coolers with dual HDMI ports.

All in all, you’ll really notice the difference in games that use DirectX 12, Vulkan, OpenGL and OpenCL.

#5: Make sure your case allows room to grow

You will need plenty of room for drives, front external bays for accessories, bays for HDDs, and spots for SSDs. Look at your cooling options too—you will need to include a liquid cooling system large enough for your CPU and GPUs.

With all that in mind, you should be able to find yourself an affordable VR ready gaming PC that also has plenty of power to run a high-resolution system for video editing and 3D rendering. You can even easily make a couple VMs!

The Natex Supermicro Powerhouse Gaming Systems have been built with these considerations in mind. So, what are you waiting for? 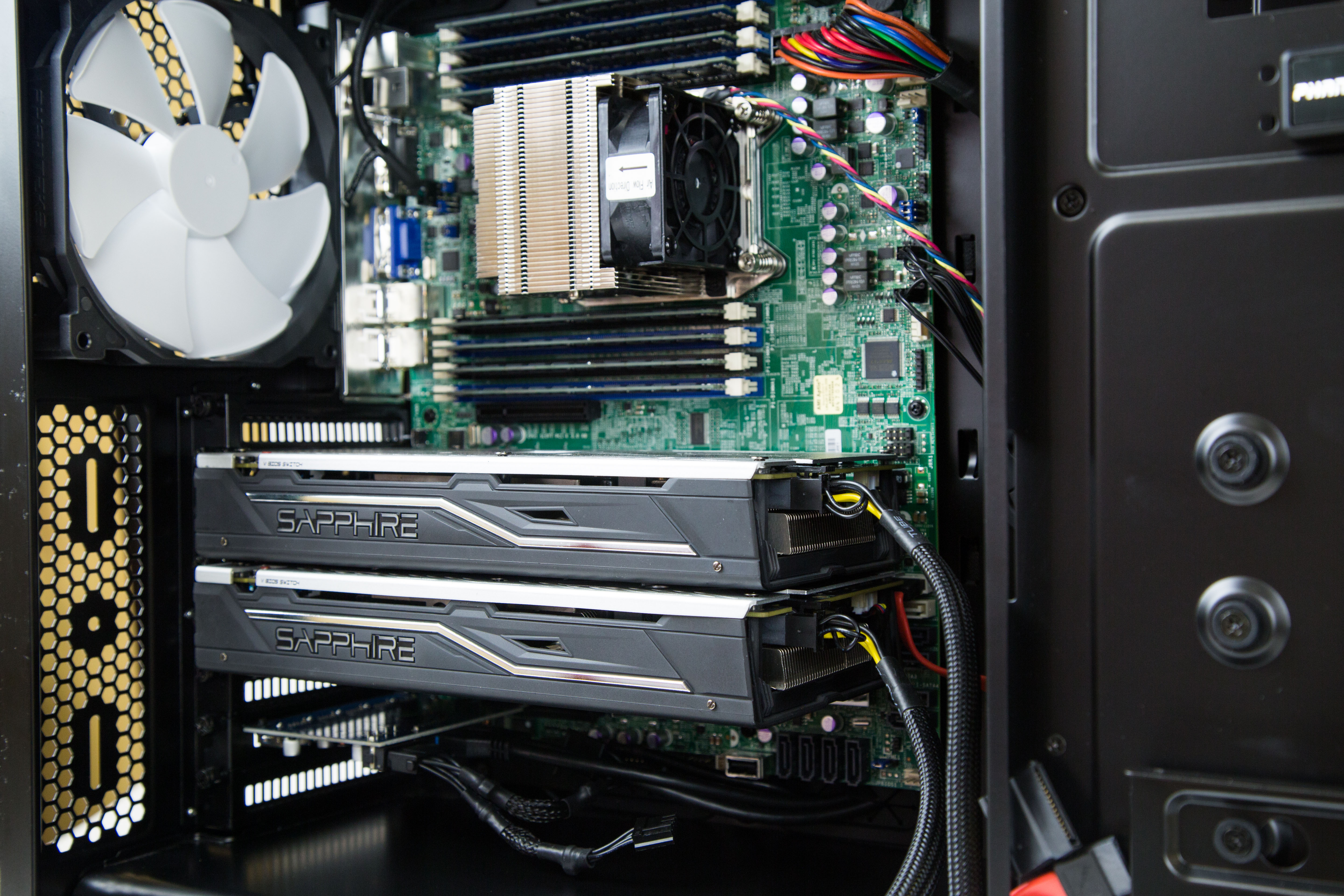